The Snoqualmie Indian Tribe celebrates its sovereignty and Federal Recognition

21 years ago the Snoqualmie Indian Tribe’s status as a federally recognized tribe was finally affirmed. After decades of petitioning, the Tribe received a determination of Federal Recognition in August of 1997. Following the announcement there was a short period of time in which surrounding tribes could challenge our final determination, which some tribes did. It was not until over two years later, in 1999 that the Department of the Interior affirmed its original decision. Today, the Snoqualmie Indian Tribe celebrates this date, October 6th as Snoqualmie Rights Day.

Twenty-one years later, the Tribe has much to celebrate. We raise our hands to those who came before us, and to those who join us in supporting Snoqualmie Tribe’s sovereign rights to ensure a prosperous future for the next seven generations and beyond.

On Sunday, October 6th, 2019, the Snoqualmie Tribe celebrated the first ever Snoqualmie Rights Day, on the 20th anniversary of the federal affirmation of the Tribe’s recognition status. The Tribe hosted hundreds of special guests on the Tribal reservation, celebrate and honor those who came before us, and who joined the Tribe in supporting our sovereign rights to ensure a prosperous future for the next seven generations and beyond.

Read More about the 20 Year Celebration

This year we are celebrating 21 years of Federal Re-Recognition.  We have much to celebrate and reflect on.

This year’s celebration is going virtual, due to the challenges the COVID-19 pandemic has brought us. We have created a virtual space we hope allows the Tribe to connect, celebrate and reflect on the year, our Snoqualmie Tribe’s rights, and Federal Re-Recognition.

Click below to watch a video of the Snoqualmie Rights song being performed at Snoqualmie Falls by Tribal Members and Tribal Culture staff.

Click below to watch a video of the Snoqualmie Recognition song being performed at Snoqualmie Falls by Tribal Members and Tribal Culture staff. 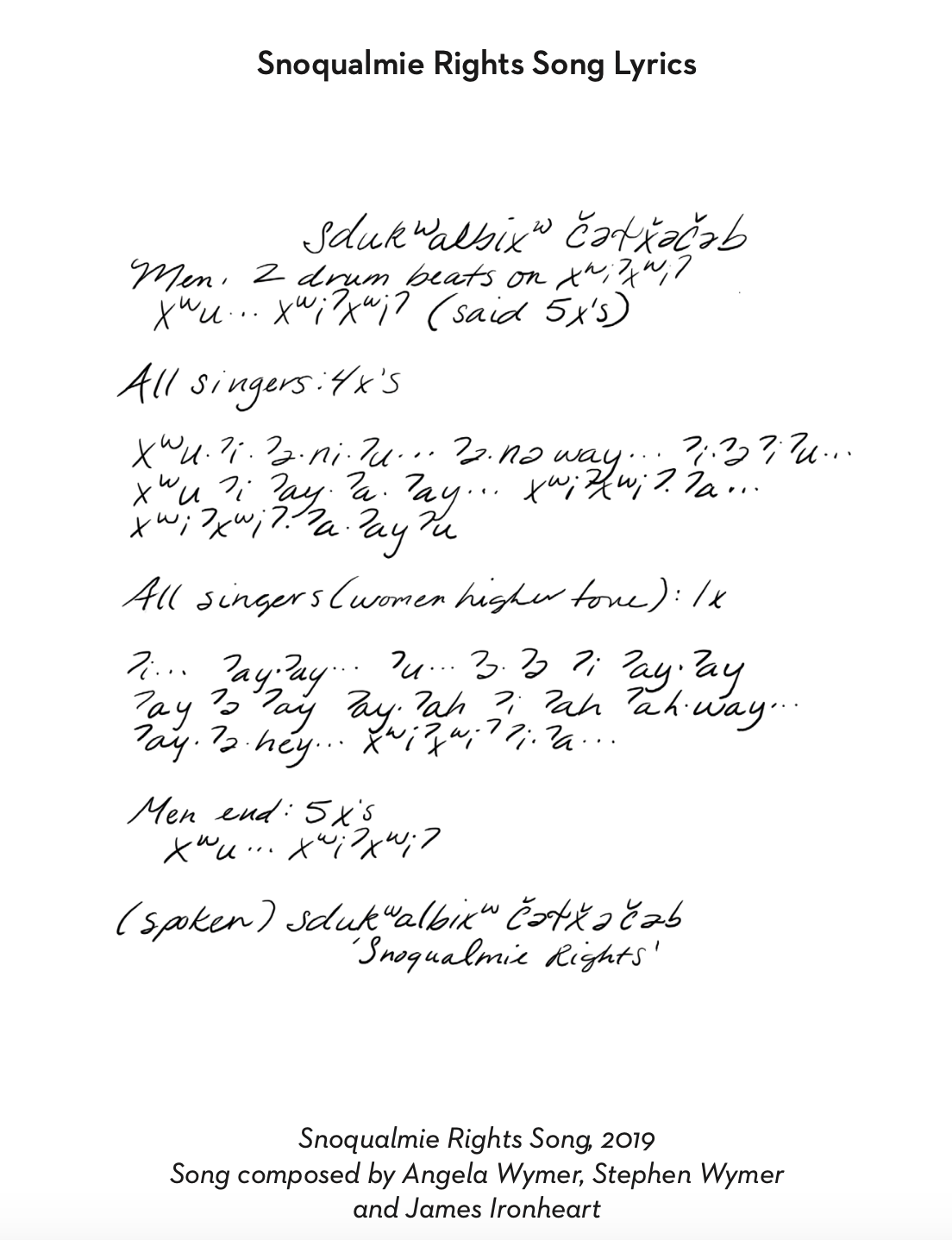